On 29 March 1895 at eight o’clock in the evening two ships claaled in front of the lantern of S. Raineri, in full Straits. They Were the “Alvah”, an English steam freighter carrying grain loaded in Odessa and directed to the English ports, and the “Brinkburn”, also English but rented from the government French to carry troops and weapons to Madagascar. 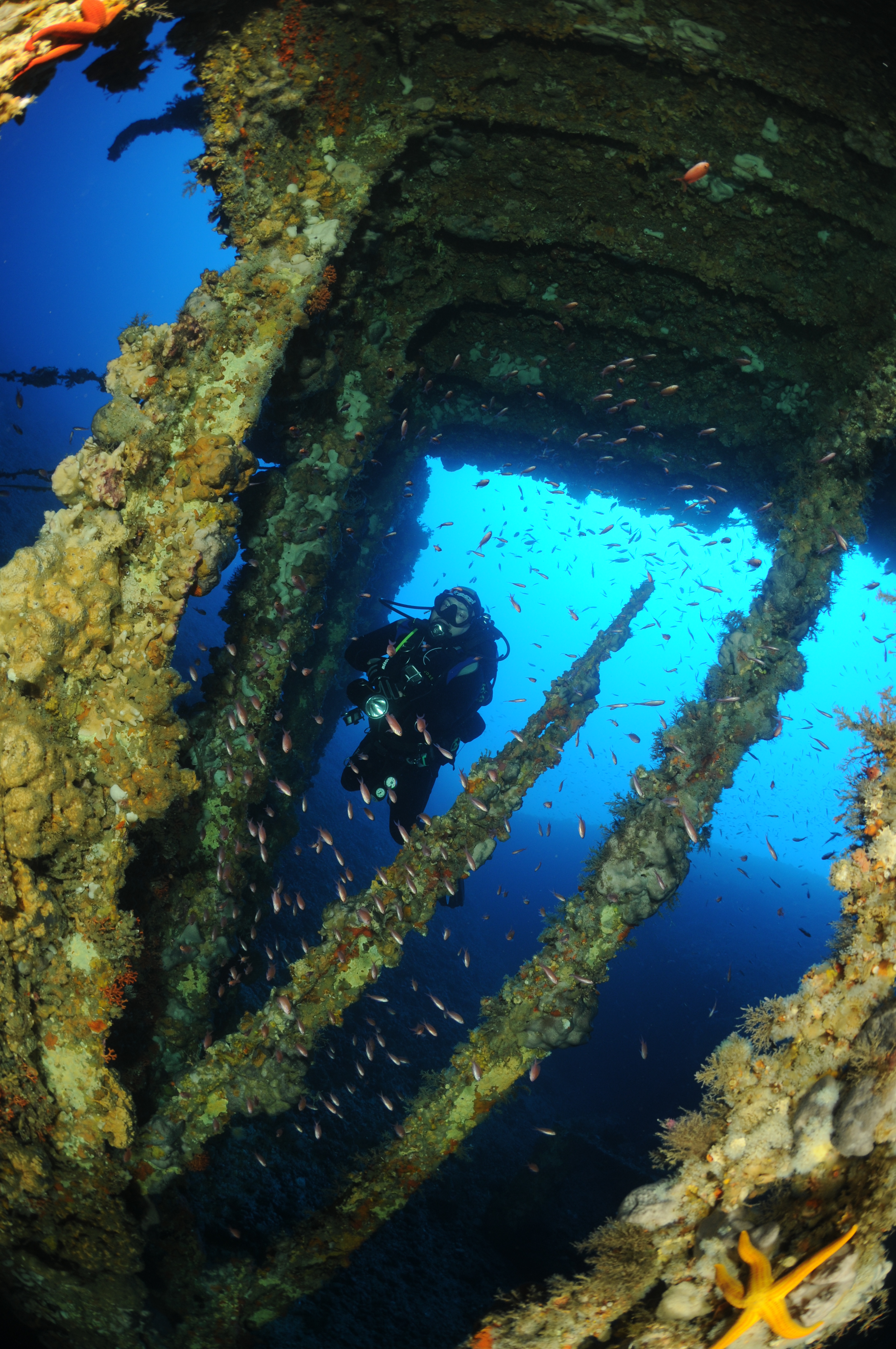 The “brinkburn” of greater tonnage returned damaged in port. The “Alvah” sank in a short time and broke into two sections in the water in front of the village of Cannitello (RC). Its wreck now lies in an upside-down position slightly tilted from the coastline, on a sandy bottom that slopes rapidly down to the batimetry of 50 meters.

The wreck is broken in two sections, oriented in a different way: the first placed diagonally over the coast between 22 and 35 meters deep, while the second perpendicularly to the same between 36 and 52 meters, with the bow to the shore and the stern to the sea. It Is possible to visit only the first of the two sections because of the bad conditions of the second that could lead to the collapse of the

structures. The Wreck of Cannitello is characterized by the presence of a fauna Sciafila (lover of the dark) in the interior parts and different species of fish, invertebrates and algae with decidedly opposite habits (lovers of light and water), on the structures of keel and Of the hull facing the surface. The environment is so rich and diversified, that it is possible to discover also thanks to the high visibility of the w
ater. Among the many forms of life that have colonized the structures of the old ship predominates a yellow madrepore (Pruvoti leptosammia), which covers entire parts of the hull. Frequently meet groups of young banded Sargos, Bugs and Castagnole. Every inch of hull is covered by sponges and algae, which is associated with a microcosm made of small blue nudibranchs.