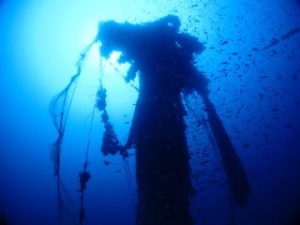 The Valfiorita is one of the most beautiful wrecks of the Strait of Messina, thanks also to the clear waters that promote visibility in the waters of the Tyrrhenian Sea.

The motorboat sailed from the port of Messina to reach Palermo, originally built for commercial use and converted to military use during the Second World War transporting perishable goods, explosives, military vehicles and armaments, was directed in Africa. 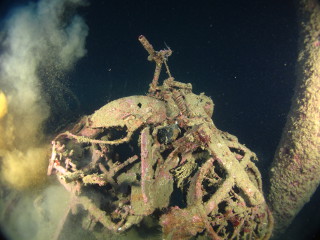 It Was sunk in July of 1943, a few miles off of Punta Faro by the British submarine HMS Ultor, which blows it with a torpedo in the bow area, causing a succession of violent explosions. Vain were the attempts to head to the ground, it broke in two sections and sank off of Mortelle on a sandy bottom that varies from 65 to 71 meters deep, in perfect navigation. 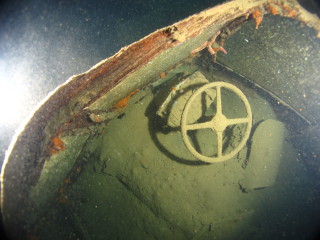 During The descent into the blue already at 30 meters you can see the wreck in all its majesty thanks to the visibility of these clear waters. In immersion It is possible to visit the large holds of stern and to see what remains of its last load consisting of trucks, cars and motorcycles of the time.

The ship is entirely enveloped by Anthias and several fish are also of a certain size.