The whirling waters of the Strait of Messina constantly subjected to the transfer between the ionic and tyrrrrenic basins are to be considered among the areas with the most marked biodiversity of the Mediterranean, in fact every immersion in these fondalioffers always meetings Unforgettable. Cape Peloro constitutes the north-eastern end of Sicily, the last offshoot of the Peloritani Mountains stretching out over the sea just in front of Calabria, almost to close like a gigantic door the northern entrance of the Strait of Messina. 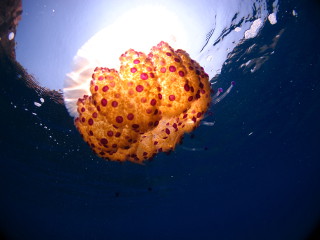 In This stretch of coast, mythology believed the sea monster Cariddi was hidden, which together with that of Scyila represented the personification of the terrifying marine vortices that constituted at that time a serious danger for the navigation in the strait. Today no longer fear the ire of Scyila and Charyxes, but on the contrary thanks to the vital currents, that these waters host a marine ecosystem that we can consider among the richest and most details of the Mediterranean. In fact, going down the cliffs that are quickly lost in the depths between Sicily and Calabria, we can discover an exclusive fauna with species that can hardly be found in other areas of our coasts, and if we are fortunate to Organizing a night dive here are the depths that will show all their amazing beauty.

Take a look at the pages of the various dives… It’s just a taste! 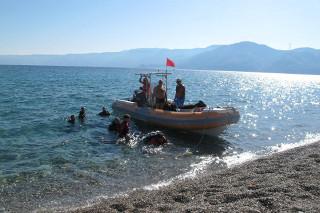 No items were found matching your selection.